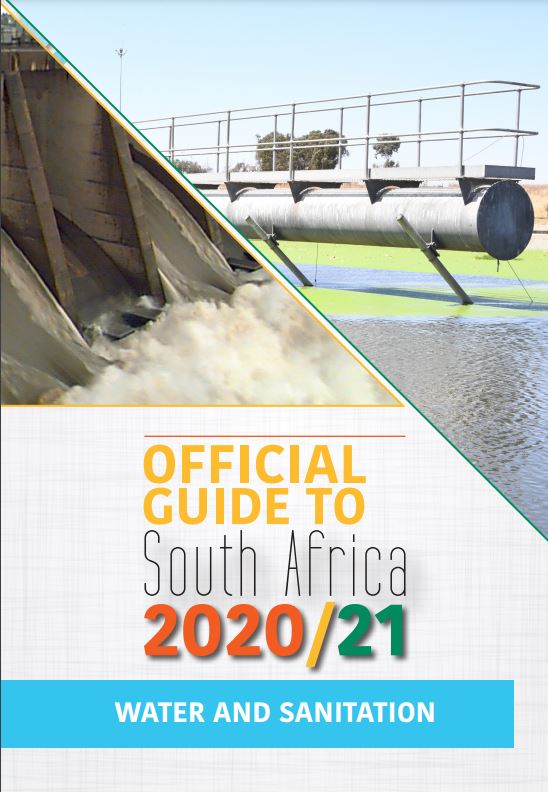 South Africa remains a water-scarce country and is facing a challenge in the delivery of water and sanitation services caused by among other factors, insufficient water infrastructure maintenance and investment; recurrent droughts driven by climatic variation; inequities in access to water and sanitation; deteriorating water quality; and a lack of skilled water engineers, scientists, hydrologists, geo-hydrologists and resource economist.

The provision of quality water to all communities is essential for human health and well-being, economic development and the realisation of the constitutional rights of all South Africans.

The mandate of the Department of Water and Sanitation (DWS), as set out in the National Water Act of 1998 and the Water Services Act of 1997, is to ensure that the country’s water resources are protected, managed, used, developed, conserved and controlled by regulating and supporting the delivery of effective water supply and sanitation.

This is done in accordance with the requirements of water‐related policies and legislation that are critical in delivering on people’s right to have sufficient food and water, growing the economy and eradicating poverty.

The combination of a semi-arid country with a growing population and industrialisation, heavily skewed population migration towards the cities and peri-urban areas, and the unavoidable impact of climate change, make long-term planning for security of water supply difficult. It is a precarious balancing act between water provision for industry, agriculture and mining almost at the opposite end of provision for domestic use.

The Coronavirus Disease (COVID-19) pandemic has tested the resiliency of South Africa’s water supply systems in unprecedented and unanticipated ways. It has concentrated the focus of the DWS on the provision of water security and access to dignified sanitation services.

To mitigate against the spread of COVID-19, the DWS had to ensure that proper hygiene protocols could be followed and this heightened the pressure to respond swiftly to existing water supply security challenges within the shortest possible time.

The department responded by dispatching thousands of water tanks and water tankers, including to the most inaccessible parts of the country, to assist the most vulnerable communities. This mammoth task was coordinated by the National Water and Sanitation Command Centre in close partnership with the nine water boards throughout the country.3

Over the medium term, the DWS planned to continue conducting technical regulatory assessments on the provision of water services. These valuations measure the level of compliance with the Green and Blue Drop regulatory standards.

In continuing to improve equitable access to water resources, the department aims to process 80% of the water use licence applications it receives within 120 days in each year over the medium term.

The DWS is implementing of the Water and Sanitation Master Plan, which details the requirements for appropriate investment into water resources and services, and sets targets for adequate water conservation and demand management.

By mid-2021, the National Water Resources Infrastructure Agency was being established to improve the management of bulk water resources. The application process for issuing single use water licences was being fast-tracked to meet the 90-day target by March 2022.

The LHWP is a multi-phased joint water resource development project and is very important for both Lesotho and South Africa’s social and economic well-being. Phases 1A&B of the LHWP – which comprises Katse and Mohale Dams, transfer and delivery tunnels from Lesotho Highlands to the Vaal Dam in South Africa, and Muela Hydropower Station – continue to deliver measurable and tangible benefits to both parties.

South Africa receives about 780 million cubic meters of water per year from Lesotho into its Integrated Vaal River System (IVRS), which supplies water to Gauteng and the surrounding areas. The IVRS is expected to be augmented to be able to cope with the increasing water requirements.

Water boards are established in terms of the Water Services Act of 1997. The water boards’ main role is to provide bulk potable and wastewater to water service institutions within their respective service areas.

Rand Water was established in terms of the Water Services Act of 1997 and is mandated to supply quality bulk potable water within its area of supply. The water board’s distribution network includes more than 3 056 kilometres of large diameter pipelines, feeding 58 strategically located service reservoirs, with customers including metropolitan municipalities, local municipalities, and mines and industries in and around Gauteng, supplying, on average, 3.7 million litres of water daily.

Umgeni Water was established in terms of the Water Services Act of 1997 to provide water and sanitation services in its service area, which comprises mostly rural areas in KwaZulu‐Natal and the eThekwini metropolitan area.

The water board supplies water to approximately six million consumers. Its ongoing objective is to support.

Magalies Water provides quality bulk water and secondary services directly to municipalities, mines and other industries which in turn helps to grow the economy and improve the lives of communities.

Municipalities draw the water provided by Magalies Water through the reservoir and provide it to consumers for household use.5

Bloem Water (formery Bloem Area Water Board) was established in 1991 with the aim to operate the Caledon/Bloemfontein Government Water Scheme as well as supplying water to the municipal areas of Bloemfontein, Bainsvlei, Bloemspruit, Botshabelo and Dewetsdorp.

MW was established in 1980 and predominantly operates in the uMkhanyakude, King Cetshwayo and Zululand district municipalities but has plans to expand beyond these districts.

The mandate of LNW is to provide bulk-water services to water services authorities and industries within Limpopo. It is actively involved in schemes serving more than three million people as well as some major industrial users.

LNW will continue to partner with the DWS in implementing Water Conservation and Demand Management as well as groundwater exploration to augment the surface water.

Overberg Water came into being in 1993 when the former Duivenhoks and Rûensveld water boards amalgamated. It distributes water to the surrounding and rural areas of Cape Agulhas, Theewaterskloof and Swellendam.

It has three water-treatment schemes with 22 reservoirs which are strategically located across the Overberg region.

The water board derives its revenue from the sale of bulk potable water to its main customers, namely municipalities, as well as retail sales to the agricultural sector/ industry in the region. The organisation supplies and distributes approximately four million cubic metres of water per year.6

Sedibeng Water was established on 1 June 1979. It initially serviced the Free State Goldfields and parts of the former Western Transvaal. In 1996, Sedibeng Water extended its operational area to North West. It has since grown to include the Vaal Gamagara Water Scheme in the Northern Cape.

Sedibeng Water is now serving the Nama Khoi Local Municipality (Steinkopf, Okiep, Concordia, Carolusberg, Nababeep and Springbok) as well as mines in the arid north-western part of the Northern Cape. Sedibeng Water has also incorporated Pelladrift and Botshelo water boards into its operations.

The organisation currently services an operational area spanning across three provinces: Free State, North West and Northern Cape, which makes it one of the largest water utilities in the country.