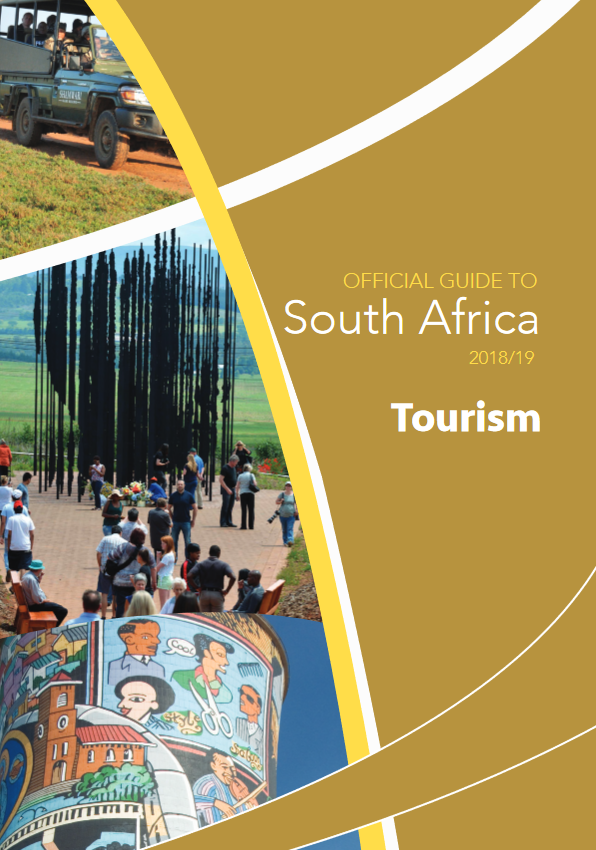 Tourism has an important role to play in placing the South African economy on a sustainable inclusive growth trajectory.

Described as the New Gold, it is a sector that is thriving, and that has tremendous potential for further growth and for the creation of much-needed jobs.

The mandate of the Department of Tourism (DoT), as outlined in the Tourism Act of 2014, is to:

In recognition of tourism as a national priority, with a potential to contribute significantly to economic development, the 1996 White Paper on the Development and Promotion of Tourism in South Africa provides for the promotion of domestic and international tourism.

The National Development Plan recognises tourism as one of the main drivers of employment and economic growth, and envisages the promotion of South Africa as a major tourist and business events destination.

The indirect contribution of the tourism sector to the economy’s GDP in 2018 stood at an even higher 8.2%, which captures the strong economic links to the demand and supply side that the sector has with other sectors of the South African economy.

In addition, the tourism sector direct employment accounted for 4.2% of total employment in the South African economy in 2018 and this was projected to increase to 709 thousands jobs in 2019, while tourism’s indirect contribution to total employment stood at 9.2% for 2018.

In 2018, South Africa recorded a total arrivals figure of 7.8 million from within the African continent, which represents the largest percentage of international arrivals to South Africa.

Africa’s Travel Indaba took place at the Inkosi Albert Luthuli International Convention Centre in KwaZulu-Natal from 8 to 10 May 2018 and from 2 to 4 May 2019 respectively.

Both events shared the theme: “Africa’s Stories, Your Success”. The annual event showcases the widest variety of Southern Africa’s best tourism products and services, and afford delegates an opportunity to acquaint themselves with the exciting travel experiences on offer, with a view of forging dynamic tourism partnerships.

Indaba is one of the largest tourism marketing events on the African calendar and one of the top three ‘must visit’ events of its kind on the global calendar. It has won the accolades as Africa’s best travel and tourism show awarded by the Association of World Travel Awards.

SAT markets South Africa internationally and domestically as a preferred tourism and business events destination, ensures that tourist facilities and services are of the highest standard, and monitors and evaluates the performance of the tourism sector.

The Tourism Grading Council of South Africa operates as a business unit of SAT, and is the only recognised and globally credible quality assurance body for tourism products in South Africa.

The Western Cape is South Africa’s most developed tourism region. The tourism industry in the province has grown faster and created more jobs than any other industry.

The Garden Route features the pont at Malgas, which is one of the two remaining ponts in the country, ferrying vehicles and livestock across the Breede River. This popular route spans roughly 200 km of South Africa’s southern coast, incorporating a picturesque stretch of coastline.

The Little Karoo’s fascinating landscape is fashioned almost entirely by water. Its vegetation ranges from lush greenery in the fertile river valleys to short, rugged Karoo plants in the veld. Gorges feature rivers that cut through towering mountains, while breathtakingly steep passes cross imposing terrain. The region is also home to the world’s largest bird – the ostrich.

The Big Hole in Kimberley is the largest hand-dug excavation in the world. In 1871, diamonds were discovered at the site and mined manually by prospectors.

This central region of South Africa is characterised by end-less rolling fields of wheat, sunflowers and maize, and forms the principal bread basket of South Africa.

The main feature of the Eastern Cape is its magnificent coastline. Added to the diverse coastal experiences are more than 60 state-owned game reserves and over 30 private game farms, which collectively cover an area greater than the Kruger National Park.

The Limpopo landscape is made up of dramatic contrasts characterised by hot savanna plains and mist-clad mountains, age-old indigenous forests and cycads alongside modern plantations, and ancient mountain fortresses and the luxury of contemporary infrastructure and modern-day facilities.

A number of excellent game reserves have been established, including the Pilanesberg National Park.

Mpumalanga means "the place where the sun rises" in the Nguni languages. The climate and topography vary from cool highland grass- lands at 1 600 m above sea level, through the middleveld and escarpment, to the subtropical Lowveld towards the Kruger National Park and many private game reserves.

Scenic beauty, climate and wildlife, voted the most attractive features of South Africa, are found in abundance in this province.

‘Gauteng’ is a Sesotho word meaning “place of gold”. It is the smallest province of South Africa and also the most populous and urbanized. It is characterised by a cosmopolitan mix of people from all walks of life.

One of the country’s most popular tourist destinations, the province stretches from Port Edward in the south to the borders of Swaziland and Mozambique to the north.

Travellers with goods to declare must complete a Traveller Card and make a verbal declaration of their goods to a Customs Officer, who will then generate a Traveller Declaration.

3. Goods you have to declare – Certain goods may only be imported if you are in possession of the necessary authority/permit and these have to be declared on arrival. These include:

4. Duty-free allowances – The following goods may be imported into South Africa without the payment of Customs duty and Value-Added Tax (VAT):

Persons under 18 years of age may claim duty-free allowances on goods imported by them, with the exception of alcohol and tobacco products, whether or not they are accompanied by their parents or guardians and provided that it is for their personal use.

If you are departing from a port other than the port where you lodged the deposit, the inspection report confirming the re-exportation of the items will be forwarded to the office where the deposit was lodged and a cheque will be posted to the address you had provided.

Residents of South Africa who had exported new or used personal effects, sporting and recreational equipment for their own use while abroad can bring these back either as accompanied or unaccompanied baggage.

Any goods such as jewellery which were exchanged, remodelled, processed or repaired while you were abroad, do not fall within this allowance and must be declared for duty assessment purposes. They include new and used goods.

In addition to the personal effects and consumable goods allowances, travellers are allowed new or used goods in accompanied baggage to the value of R5 000 (or R25 000 if arriving from Botswana, Lesotho, Namibia or Swaziland).

This allowance is only valid once per person during a 30-day period and does not apply to goods imported by persons returning after an absence of less than 48 hours.

Crew members (including the master or the pilot) are only entitled to a duty-free allowance on a value not exceeding R700. Consumable goods as mentioned above are excluded from this entitlement.

5. Goods on which duty has to be paid – Other than those specified above, all goods and gifts acquired abroad are subject to the payment of Customs duty and VAT when they are brought into South Africa. This includes goods purchased dutyfree on board aircraft and ships or in duty-free shops.

Customs duties and taxes are payable in rands, the currency of South Africa. Goods that attract duty and do not qualify for the flat rate assessment explained below include:

In cases where residents of South Africa who are travelling abroad have had goods such jewellery re-modelled, processed or repaired, duty is payable on the costs incurred in these processes.

In cases where goods have been exchanged, duty is payable on the full value of the article received in exchange. These goods may qualify the duty free allowance of R5 000 and the flat-rate assessment. Returning residents must ensure that the goods in question are clearly described and that they can provide documentary proof of these transaction(s) and the costs involved.

Travellers have the option to pay Customs duty at a flat rate of 20% on goods acquired abroad or in any duty-free shop to expedite their passage through Customs. The total value of these additional goods, new or used, may not exceed R20 000 per person. Flat-rated goods are also exempted from payment of VAT.

This option can only be chosen if the total value of goods imported does not exceed R25 000 in value. This excludes consumable goods in excess of the quantities specified under duty-free allowances.

If the value of the additional goods exceeds R20 000 or if you decide not to use the flat rate option, the appropriate rates of duty and VAT will have to be assessed and paid on each individual item. In addition, 14% VAT will be payable on the assessed goods.

This flat-rate assessment will be allowed unlimited times per person during a period of 30 days and shall not apply to goods imported by persons returning after an absence of less than 48 hours.

The flat-rate assessment may be used by those under 18 years of age, provided the goods are for their own use. In the case of crew members, including the master of a ship or the pilot of an aircraft, the value of the items that may be assessed on a flat-rate basis is restricted to R2 000 per person.

Travellers arriving in South Africa and taking a connecting flight to another SACU member country will be required to complete all Customs formalities upon arrival. Baggage belonging to passengers in transit will automatically be transferred from the international flight at the airport of transit in South Africa.

These passengers may not leave the transit area of the airport between flights. Should you travel to your final destination by road, Customs formalities must be complied with at the port of arrival in South Africa.

7. Refund of tax on visitors’ purchases – VAT at a rate of 15% is levied on the purchase of most goods in South Africa. Tourists and foreign visitors to South Africa may apply for a refund of the VAT paid at departure points.

The tax invoices for the purchases and the goods must be presented for inspection to the VAT Refund Administrator. No refund will be made if the claim is not lodged before departure.