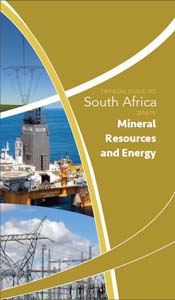 South Africa is richly endowed with mineral resources, and produces more than 30 metal and mineral products. It has huge potential regarding mineral reserves, exploration and production.

Chapters 3, 4 and 5 of the National Development Plan (NDP) detail a vision for South Africa in which a responsible mining sector prioritises the welfare of its human resources and the environment, and contributes significantly to gross domestic product (GDP).

The NDP also envisages that, by 2030, South Africa will have an adequate supply of electricity and liquid fuels to maintain economic activity and prevent economic disruptions.

The future of mining in the country depends largely on the successful implementation of skills development initiatives.

Particular focus is placed on artisan and artisan aid as well as other technical skills.

The MQA was established as a sector education and training authority, and facilitates the development of appropriate knowledge and skills in the mining, minerals and jewellery sectors.

Shale gas is a natural gas that is occuring and can be extracted from Shale. The natural gas, which is imbedded in the Karoo Basin, can be used for energy production.

Government has emphasised the importance of ensuring a sustainable local coal supply for the country’s energy requirements. This commodity currently plays a vital role in meeting South Africa’s primary energy needs, as well as in the economy in general. It is recognised that coal contributes to the economy, not only to supply energy, but through the generation of export revenue, contributing to GDP and employment.

Platinum, palladium, rhodium, osmium, ruthenium and iridium occur together in nature alongside nickel and copper. Platinum, palladium and rhodium, the most economically significant of the PGMs, are found in the largest quantities.

South Africa is the world’s leading platinum and rhodium producer, and the second-largest palladium producer after Russia. South Africa’s production is sourced entirely from the Bushveld Complex, the largest known PGM-resource in the world.

South Africa accounts over 80% of known global reserves of the PGMs. The Merensky Reef, stretching from southern Zimbabwe through to the Rustenburg and Pretoria regions, is the centre  of platinum  mining  in  South Africa, playing host to companies such as Rustenburg Platinum Mines and Bafokeng Rasimone Platinum Mines.

South Africa is the world’s second-largest palladium producer. All of South Africa’s production is sourced from the Bushveld Igneous Complex, which hosts the world’s largest resource of PGMs.

Palladium, together with platinum, is more abundant than any of the other PGMs.

It is the largest new investment in the manganese industry in the country and supports government’s drive to increase the beneficiation in South Africa.

Palabora, a large copper mine, smelter and refinery complex managed by the Palabora Mining Company in Limpopo is South Africa’s only producer of refined copper.

Useful byproduct metals and minerals include zirconium chemicals, magnetite and nickel sulphate as well as small quantities of gold, silver and platinum.

South Africa has significant proven manganese reserves, but exploitation of the mineral has not reflected its development potential.

In 2018, the total diamond sales were worth R17 billion and the diamond mining industry employed 16 361 people.

Of the hundreds producers of industrial minerals in South Africa, almost half are in the sand and aggregate sector.

There are producers of clays (brickmaking), limestone and dolomite, dimension stone, 28 salt and silica in South Africa.

Bulk consumption of industrial minerals is realised in the domestic market, as most are low-priced commodities and sold in bulk, making their economic exploitation highly dependent on transport costs and distance to markets.

South Africa has a long and complex geological history dating back to many years.

The preservation of so much Archaean geology, dating back more than 2 500 million years, has resulted in the Archaean Witwatersrand Basin, as well as several greenstone belts, being preserved.

Guided by the National Energy Act of 2008, government’s responsibility is to ensure that diverse energy resources are available in sustainable quantities and affordable prices to support economic growth.

Government is committed to extending access to electricity and enhancing energy efficiency, managing nuclear energy in terms of international commitments, and diversifying the energy generation mix.

The National Development Plan (NDP) proposes that gas and other renewable resources like wind, solar and hydro-electricity will be viable alternatives to coal and will supply at least 20 000 MW of the additional 29 000 MW of electricity needed by 2030.

Other recommendations in the NDP include diversifying power sources and ownership in the electricity sector, supporting cleaner coal technologies, and investing in human and physical capital in the 12 largest electricity distributors.

Goals beyond 2020 include contracting more than 20 000 megawatts (MW) of renewable energy, including an increasing share from regional hydro-electricity.

South Africa has committed to attain substantial reductions in carbon dioxide emissions by 2025.

The National Strategic Fuels Stock Policy sets out the framework for the storage of fuel stock by government and the industry. It aims to ensure uninterrupted supply of petroleum products throughout South Africa by providing adequate strategic stocks and infrastructure such as storage facilities and pipeline capacity.

Strategic stocks are to be used during declared emergencies. The Minister of Energy will have the power to decide when a shortage of fuel and oil is at such a level to warrant an emergency.

The LPG Strategy’s main objectives are to provide access to safe, cleaner, efficient, portable,  environmentally friendly and affordable thermal fuel for all households, and to switch low-income  households away from the use of coal, paraffin and biomass to LPG.

The strategy highlights strategic options that could be adopted for the orderly development of the LPG industry in South Africa to make LPG an energy carrier of choice for thermal applications. LPG is considered one of the safest, cleanest and most sustainable energy sources.

The regulations make it compulsory for all new buildings to be designed and constructed to a standard that makes it possible for the user to minimise the energy required to meet the functional requirements. This will save energy significantly, which will relieve pressure on the electricity supply grid.

In addition to temperature regulations, all buildings will also have to be fitted with renewable-energy water-heating systems such as solar systems, which also have to comply with South African national standards.

The SAPP was created with the primary aim to provide reliable and economical electricity supply to the consumers of each of the SAPP members, consistent with the reasonable use of natural resources and the effect on the environment.

The SAPP allows the free trading of electricity between Southern African Development Community member countries, providing South Africa with access to the vast hydropower potential in the countries to the north, notably the Congo River (Inga Falls).

As part of the Integrated National  Electrification Programme, which aims to extend access to electricity to all households across South Africa, about 590 000 households were expected to be connected to the electricity grid over the medium term.

A further 20 000 households per year over the same period would be provided with non-grid (mainly solar) electrification systems. Government planned to develop an electrification master plan to inform the roll-out of electrification connections for universal access.

The biofuels industry in South Africa, the continent’s biggest agricultural producer, has been held back by an inadequate regulatory regime and concerns that biofuels would hurt food security and affect food prices.

Maize, South Africa’s staple food, will not be used in the production of biofuels to ensure food security and control high prices.

The biofuels sector has strong linkages to agriculture, manufacturing and distribution, and has the potential to create substantial numbers of labour-intensive jobs in the agriculture sector in particular.

Energy from water can be generated from waves, tides, waterfalls and rivers and will never be depleted as long as water is available. South Africa has a mix of small hydroelectricity stations and pumped-water storage schemes.

Most areas in South Africa average more than 2 500 hours of sunshine per year, and average daily solar-radiation levels range between 4,5 kWh/m2 and 6,5 kWh/m2 in one day.

The southern African region, and in fact the whole of Africa, has sunshine all year round. The annual 24-hour global solar radiation average is about 220 W/m2 for South Africa.

Wind energy, like solar energy, is a free and sustainable renewable energy source that is being used to generate electricity.

Government has committed, through the Nuclear Energy Policy and Integrated Resource Plan (IRP), to an energy mix consisting of coal, gas, hydro, nuclear, solar and wind.

The nuclear new build programme will enable the country to create jobs, develop skills, create industries, and catapult the country into a knowledge economy.

Eskom operates the Koeberg Nuclear Power Station near Cape Town, the only nuclear power station in South Africa and the entire African continent, which supplies power to the national grid.

The REIPPPP, established in 2010, has become one of the world’s most progressive and successful alternative energy programmes.

Ever since the introduction of these renewable energy technology programmes (solar, wind, biomass, small hydro and landfill gas power), plants have been going up across the country, feeding additional, clean energy into the national grid.

The REIPPPP represents the country’s most comprehensive strategy to date in achieving the transition to a greener economy. The programme has been designed to contribute to the development of a local green industry and the creation of green jobs.

The programme seeks to procure energy from small scale IPPs, with projects that generate between one MW and five MW of energy from solar, wind, biomass and landfill gas projects. Through the REIPPPP, government is targeting the procurement of 13 225 MW from IPPs by 2025.

The Working for Energy Programme is a social programme mainly intended to provide energy services derived from renewable resources to rural and urban low income houses in a manner that facilitates job creation, skills development, community-based enterprise development and the emancipation of youth, women and people with disabilities thereby creating sustainable livelihoods. It is an integral part of the Expanded Public Works Programme.