Expropriation of land without compensation 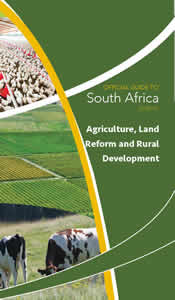 Agriculture plays an important role in the process of economic development and can contribute significantly to household food security. The National Development Plan (NDP) sets out a broad vision of eliminating poverty and reducing inequality by 2030.

According to Statistics South Africa’s (Stats SA) General Household Survey (GHS) of 2018, only 14,8% of South African households were involved in some sort of agricultural production activities during the reference period. While 37,1% of households in Limpopo and 29,3% of households in Eastern Cape engaged in some agricultural activity, participation was much lower in Western Cape (2,5%) and Gauteng (4,0%). Of the households that were involved in agriculture, 10,1% cultivated farmland while 90,3% created backyard gardens.

Of the households that were engaged in agricultural production, 50,6% cultivated grains, and 53,3% grew fruit and vegetables. Livestock were produced by 48,7% of the country’s households while 36,6% produced poultry.

Only 10,0% of the households involved in agriculture reported getting agricultural-related support from the government during the year preceding the survey.

The only provinces where significant support was provided for farming households were Eastern Cape (25,1%) and Northern Cape (17,3%). Nationally, slightly less than two percent (1,3%) of the households reported receiving training and 6,3% received dipping/livestock vaccination services.

Over the medium term, the allocation for the Ilima/Letsema projects grant will be used to promote the Fetsa Tlala food production initiative, which forms part of National Policy on Food and Nutrition Security.

By 2030, as per the NDP, government aims to ensure that one million hectares are used to produce crops including fruit and livestock, and provide superior breeding animals to targeted smallholder and subsistence farmers.

In 2019/20, government planned to finalise a register of farmers and agriculture statistics.

The project, which is conducted in collaboration with Stats SA, is aimed at improving the accuracy of agricultural statistics, including information on smallholder farmers across South Africa.
One of the outcomes of Operation Phakisa is to provide support to 435 000 subsistence farmers over the medium term. This entails facilitating access to markets for targeted smallholder farmers, repairing infrastructure damaged by floods, providing drought relief, and revitalising provincial agricultural colleges.

To increase animal healthcare services, a targeted 150 veterinary graduates were expected to be deployed per year to rural areas over the medium term as part of their compulsory community service.

The six major sources of credit for farmers are banks (56%), agricultural cooperatives and agribusinesses (9%), the Land and Agricultural Development Bank of South Africa (the Land Bank) (30%), private creditors (3%), and other creditors and financial institutions (2%).

In its ongoing effort to facilitate the entry of a generation of black agri-entrepreneurs into the sector, over the medium term, the Land and Agricultural Development Bank of South Africa was expected to focus on growing its loan book and in doing so, create appropriate equity investment structures and opportunities, enable existing farmers to undertake transformational projects to grow their enterprises, increase funding for agro-processing, and continue to help small agribusinesses access supplier and enterprise development programmes to expand their operations.

MAFISA provides financial services to smallholder producers in the agriculture, forestry and fisheries sector. The objective of the scheme is to address the financial services needs of smallholder producers in the sector. Services provided through the scheme include production loans, facilitation of saving mobilization and capacity building for member owned financial institutions (intermediaries).

The AgriBEE Fund was established to provide support to businesses owned by black South Africans to advance the transformation agenda in the agriculture, forestry and fisheries sectors..

The objective of the fund are to promote entry and participation of black people in the entire value chain by providing funding for equity deals, to acquire interest in existing commercially viable and sustainable enterprises and advance enterprise development through agro-processing and value-adding activities.

Agri SA promotes the development, profitability, stability and sustainability of agriculture in South Africa by means of its involvement and input on national and international policy, and the implementation thereof.

The ABC is a voluntary, dynamic and influential association of agribusinesses. Its mission is to negotiate and position for a favourable agribusiness environment where members can perform competitively and profitably.

The ABC is the only organisation that serves the broader and common business interests of agribusinesses in South Africa. The chamber facilitates considerable networking opportunities so that South African agribusinesses can play an active and creative role within the local and international organised business environment and be closely involved in the legislative and policy environment on many fronts.

TAU SA renders services to its members in terms of property rights, economic issues, and safety and security.

The aim of NAFU is to create a “home” for thousands of black farmers who had previously been excluded from the mainstream of agriculture. It focuses on advocacy and lobbies for access to critical resources such as land, credit, information, extension and other support services.

The primary mandate of the ARC, as the main agricultural research institution in South Africa, is to conduct research and development, and effect the transfer of technology to promote agriculture and industry, contribute to a better quality of life, and facilitate and ensure the conservation of natural resources.

The department is also mandated to initiate, facilitate, coordinate, catalyse and implement an integrated rural development programme in line with Chapter 6 of the NDP, which details a vision for building an inclusive rural economy; and Outcome 7 (comprehensive rural development and land reform) of government’s 2014-2019 MTSF.

According to the Presidential Advisory Panel on Land Reform and Agriculture, a central component of inequality within land inequality is insecurity of tenure that results in economic exclusion of the majority of South Africans, particularly women and youth in rural and urban areas. By mid-2018, South Africa had over 60% citizens whose land/property rights were not recorded nor registered.

The panel was mandated to advise the IMC on a broad range of policy matters associated with land reform, including restitution, redistribution, tenure security and agricultural support.

The panel was expected to provide perspectives on land policy in the context of persisting land inequality, unsatisfactory land and agrarian reform and uneven urban land development.

It was mandated to review, research and suggest models for government to implement a fair and equitable land reform process that redresses the injustices of the past, increases agricultural output, promotes economic growth and protects food security.

In July 2019, Cabinet approved the Final Report of the Presidential Advisory Panel on Land Reform and Agriculture.

The panel has offered a proposal for a constitutional amendment that clarifies that LEWC may be necessary in limited circumstances, but certainly in order to elevate the objectives of land reform.

The One Household One Hectare initiative is the key mechanism used to promote agrarian transformation and provide landless people with access to land. The objective of the initiative is to support rural enterprises by creating smallholder producers, and facilitate the development of rural industries and the efficient movement of rural produce to markets.

In terms of the judgment, should all claims emanating from original lodgement be processed before the two-year period lapses, the commission may approach the Constitutional Court for a review of the judgment.

The Restitution of Land Rights Amendment Act of 2014 extends the deadline for land claims to June 2019. The amendment also criminalises false and fraudulent claims made by illegible people, which wastes taxpayers’ money.

The Act also simplifies the procedure for the appointment of judges to the Land Claims Court, and the amendment of certain provisions aimed at promoting the effective implementation of the Restitution of Land Rights Act of 1994.

Extending the deadline for the lodging of claims was in line with the proposals of the NDP, the CRDP and other growth strategies intended to promote national reconciliation and social cohesion.

The Act sough to reopen the window for persons or communities dispossessed of their land due to past discriminatory laws and policies to lodge claims for their properties.

The strategic objective of the CRLR is the restitution of rights in land or awards of alternative forms of equitable redress to claimants, within Medium Term Expenditure Framework budgetary allocation.

The CRLR seeks to provide equitable redress to victims of racially motivated land dispossession, in line with the provisions of the Restitution of Land Rights Act of 1994. It planned to increase the number of lodgement sites to 52 by 2019.

Expropriation of land without compensation

The Land Audit report on private land ownership by race, gender and nationality, released by the department in 2018, revealed that black South Africans own only 4% of the land in this country. This is a direct result of the historical injustices that resulted in skewed land ownership patterns along racial lines.

On 19 June 1913 thousands of black families were forcibly removed from their land following the promulgation of the 1913 Natives Land Act. Stripped of their land, homes, livelihoods and their dignity they were forced into homelands or relocated to poorly planned and serviced townships. Prior to this black people were also forcibly removed from their land by various discriminatory laws, policies and practices enacted by colonialist and imperialist governments.

In 1994 the democratic government identified the need for land and agrarian reform as part of national reconciliation. Land restitution as one of the three elements of land reform was aimed at providing redress to persons and communities dispossessed of their property rights by previous governments.

The Constitution of the Republic of South Africa of 1996 allows for restitution to any person or community dispossessed of land rights before 27 April 1994. The Constitution also guarantees the right to property, albeit with the power of expropriation, subject to compensation that is just and equitable.

The AVMP aims to address the unsustainable land use management practices in rural areas that have generally led to poor management of the veld and overstocking, causing low livestock production and deterioration of the natural resources (grazing, water, soil) and resulting in land degradation and deforestation.

In addressing these problems, the AVMP has three projects: Soil rehabilitation; Re-greening the environment and Decongesting the space.

The DRDLR, in line with the NDP, adopted the CRDP and the Agrarian Transformation Strategy to address the challenges facing people living in the rural areas.

REID aims to create an enabling institutional environment for vibrant and sustainable rural communities. The approach is based on social mobilisation of rural communities so that there can be ownership of rural development projects and programmes.

The NARYSEC is a skills development initiative, which forms part of the CRDP’s job-creation model.

The initiative recruits unemployed youth from rural areas between the ages of 18 and 25, who have passed Grade 12 or have higher qualifications, and equips them with business and entrepreneurial skills. The NARYSEC College in Thaba ‘Nchu in the Free State is being used to provide skills training.

Job opportunities provided through the initiative include areas such as administration, agriculture, construction, education, engineering, health and safety, hospitality, renewable energy and transport.