Responding to the COVID‐19 pandemic 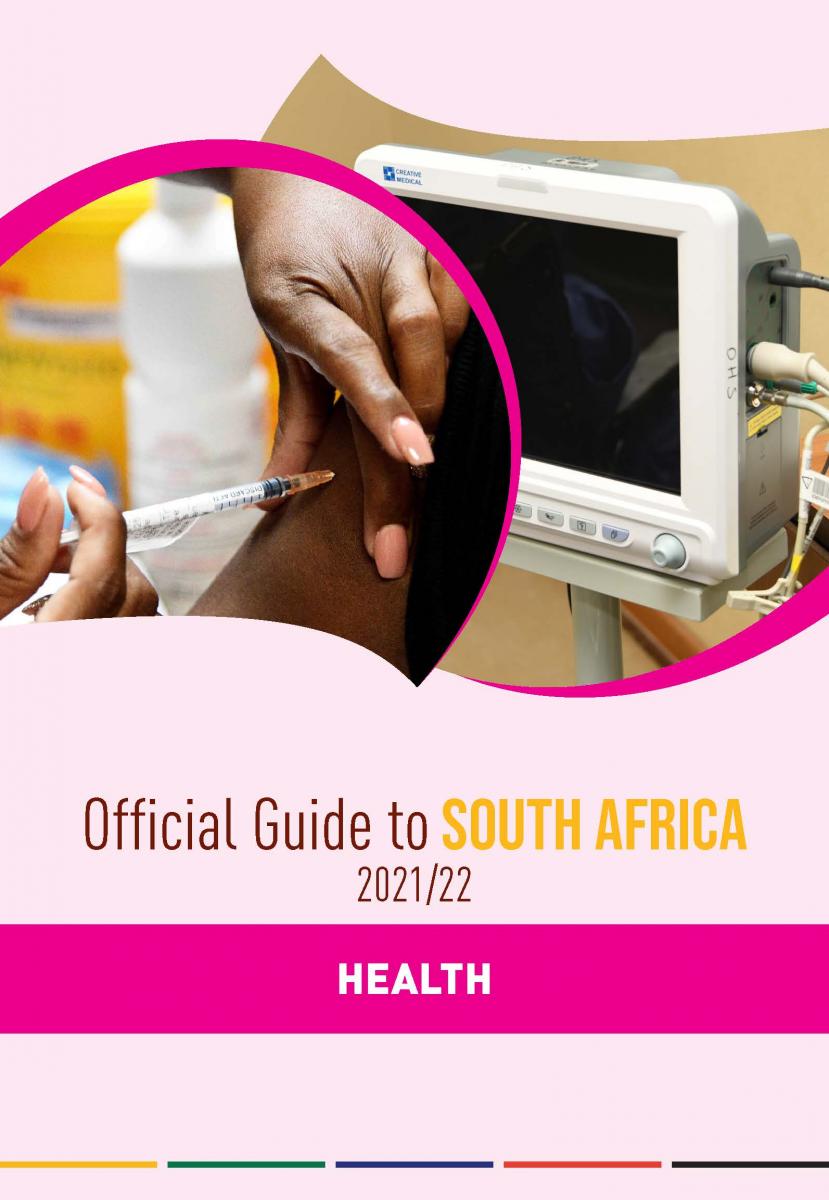 The Department of Health (DoH) derives its mandate from the National Health Act of 2003, which requires that the department provides a framework for a structured and uniform health system for South Africa. The Act sets out the responsibilities of the three levels of government in the provision of health services.

Its mission is to improve health by preventing illness and disease and promoting healthy lifestyles. It aims to consistently improve the healthcare delivery system by focusing on access, equity, efficiency, quality and sustainability.

Over the medium term, the department aimed to focus on reducing morbidity and mortality resulting from the Coronavirus Disease (COVID‐19) pandemic, including rolling out government’s vaccination strategy and responding to future waves of infection.

Responding to the COVID‐19 pandemic

South Africa has experienced four waves of COVID‐19 infections, placing significant pressure on the country’s health system and its budgets. To protect South Africans against the virus, the department aimed to have vaccinated 70% of the adult population by March 2023.

By mid-2022, the DoH had administered 35, 182 million vaccine doses to just over 19,717 million adult individuals, which was 49,5% of all adults. The department was allocated R2 billion for vaccines in the 2022/23 financial year.
The ongoing monitoring of SARS-CoV-2 genomic data is managed by the Network for Genomic Surveillance in South Africa. This includes monitoring for emergence of new variants and lineages, including from tested patients and wastewater.

The DoH planned to fund initiatives to strengthen the health system, such as the dispensing and distribution of chronic medicines, the improvement of patient information systems, and the electronic management of medicine stocks.

The department funds government’s antiretroviral treatment programme, which aims to reach 6.7 million people by 2024/25, as well as HIV‐prevention and tuberculosis (TB) prevention and treatment services.

The department planned to accelerate the construction, maintenance, upgrading and rehabilitation of new and existing health system infrastructure, as well as provide medical equipment required to render health services. Over the medium term, the department aimed to construct or revitalise 92 health facilities through the indirect grant and conduct major maintenance work or refurbishment on a further 200 facilities.

Improvement of quality of service at public health facilities will be a major focus in the 2022/23 financial year. Already 21 quality learning centres had been established in the country with 102 hospitals, including private ones, 90 primary healthcare and 25 emergency medical services participating in the programme. Good quality health infrastructure, including its maintenance is key towards achieving a good quality public health service.

Tertiary healthcare services are highly specialised referral services provided at central and tertiary hospitals. However, due to their specialised nature, by mid2022 there are only 31 of these hospitals in the country and most of them were
in urban areas.

This unequal distribution results in patients often being referred from one province to another, which requires strong national coordination and cross‐subsidisation to compensate provinces for providing tertiary services to patients
from elsewhere.

To ensure that all eligible students can complete their training through medical internships and subsequently.

Use of health facilities

About 2,7% of females in the age group 14–19 years were at different stages of pregnancy during the 12 months before the survey. The prevalence of pregnancy increased with age, rising from 1,7% for females aged 15 years, to 6,8% for
females aged 19 years.

The HPRS, which provides a Patient Registry and Master Patient Index using the South African identification number and other forms of legal identification, has been registering some remarkable progress.

By mid-2022, the HPRS had registered more than 57 million South Africans in 3 111 health facilities. Further work has been done towards the establishment of the single, portable patient record system with interoperable digital system.

The estimated overall HIV prevalence rate is approximately 13,9% among the South African population. The total number of people living with HIV is estimated at approximately 8,45 million in 2022. For adults aged 15-49 years, an estimated 19,6% of the population is HIV positive.

There is a reduction in international migration, which is indicative of the COVID-19 travel restrictions and subsequent impact on migratory patterns since March 2020. Migration is an important demographic process, as it shapes the
age structure and distribution of the provincial population (and so the country’s population structure). For the period 2021–2026, Gauteng and Western Cape are estimated to experience the largest inflow of migrants of approximately, 1 443 978 and 460 489 respectively.

The proportion of elderly persons aged 60 years and older in South Africa is increasing over time and as such policies and programmes to care for the needs of this growing population should be prioritised.

The NHI aims to ensure that all citizens and residents of South Africa, irrespective of socio economic status, have access to good-quality health services provided by both the public and private sectors, thereby eradicating financial barriers to healthcare access. The NDP envisions a health system that works for everyone, produces positive health outcomes and is accessible to all.

By 2030, the NDP expects South Africa to have, among other things, raised the life expectancy of South Africans to at least 70 years; produced a generation of under-20s that is largely free of HIV; achieved an IMR of less than 20 deaths per thousand live births, including an U5MR of less than 30 per thousand; achieved a significant shift in equity, efficiency and quality of health service provision.

Potential benefits from the NHI Fund would include:

By August 2022, there were over 80 medical schemes in South Africa, with over eight million beneficiaries.