The South African Government adopted a National Infrastructure Plan in 2012. With the plan we aim to transform our economic landscape while simultaneously creating significant numbers of new jobs, and strengthen the delivery of basic services. The plan also supports the integration of African economies.

Government planned to invest R827 billion in building new and upgrading existing infrastructure over the three years from 2013/14 , Minister of Finance Pravin Gordhan announced in his 2013 Budget Speech.

18 years into our democracy, there were still major challenges of poverty, unemployment and inequality in 2012.

The New Growth Path identified structural problems in the economy and pointed to opportunities in specific sectors and markets or "jobs drivers" to reach its goal of five million new jobs by 2020. The first jobs driver is infrastructure: laying the basis for higher growth, inclusivity and job creation.

In order to address these challenges and goals, Cabinet established the Presidential Infrastructure Coordinating Committee (PICC) to:

Under their guidance, 18 strategic integrated projects (SIPS) have been developed.

Government and public agencies invested more than R1 trillion in infrastructure between 2009 and 2014.

The investments were in energy, road, rail, ports, public transport, bulk water and sanitation, hospitals, basic and higher education infrastructure and innovative projects such as the Square Kilometre Array and Meerkat telescopes.

Investment in infrastructure continues to grow, with R300 billion invested in the National Infrastructure Plan by both the public and private sector in 2016/17.

The SIPs cover social and economic infrastructure across all nine provinces (with an emphasis on lagging regions).

The SIPs include catalytic projects that can fast-track development and growth. Work is being aligned with key cross-cutting areas, namely human settlement planning and skills development.

SIP 1: Unlocking the northern mineral belt with Waterberg as the catalyst 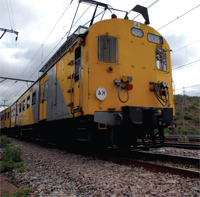 Work has already started on a massive logistics corridor stretching between Durban and the central provinces of the Free State and Gauteng. Most of the projects that form part of the second Strategic Infrastructure Project (SIP 2), also known as the Durban-Free State-Johannesburg Logistics and Industrial Corridor, are still in the concept or pre-feasibility stage, but construction has already started on several projects.

Work has also started on the R250 million Harrismith logistics hub development to set up a fuel distribution depot, as well as on phase one of the new multi-product pipeline which will run between Johannesburg and Durban and transport petrol, diesel, jet fuel and gas.

The aim of these projects and others which form part of SIP 2, is to strengthen the logistics and transport corridor between South Africa's main industrial hubs and to improve access to Durban's export and import facilities. It is estimated that 135 000 jobs will be created in the construction of projects in the corridor. Once the projects are completed a further 85 000 jobs are expected to be created by those businesses that use the new facilities.

The Stanley Nkosi Sinter Mine at Hotazel, Northern Cape, was launched on 29 November 2013.

The Saldanha Bay Industrial Development Zone (IDZ) was officially pronounced in a ceremony on 31 October 2013.

SIP 8: Green energy in support of the South African economy

SIP 10: Electricity transmission and distribution for all

Coordinate planning  and implementation  of public transport,  human  settlement, economic  and social infrastructure and location decisions into sustainable urban settlements connected by densified transport corridors. This will focus on the 12 largest urban centres of the country, including all the metros in South Africa.

Improve investment in agricultural and rural infrastructure that supports expansion of production and employment, small-scale farming and rural development, including:

Agri-parks are planned for 44 districts. By May 2017 three Agri-hubs were operational in Ncora, Springbokpan and Westonaria. Facilities are being constructed at 11 additional Agri-hubs and 12 farmer production support units.

SIP 12: Revitalisation of public hospitals and other health facilities

Sol Plaatje University (SPU) in the Northern Cape and the University of Mpumalanga (MPU) both opened their doors in 2014 in selected academic programmes, using existing buildings. The second phase of construction is nearing completion and has enabled a further large increase in enrolments to reach 1 250 at SPU and 2 130 at UMP for the 2017 academic year. 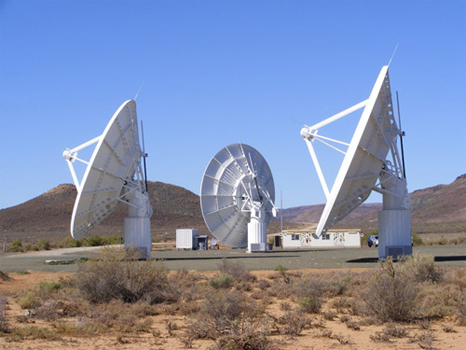 The Square Kilometre Array (SKA)  is a global mega-science project, building an advanced radio-telescope facility linked to research infrastructure and high-speed ICT capacity and provides an opportunity for Africa and South Africa to contribute towards global advanced science projects.

The SKA precursor telescope the Karoo Array Telescope (MeerKAT) is at an advanced stage to test possible technologies to be used in the ultimate design of the SKA itself. It is expected to go live in March 2018.