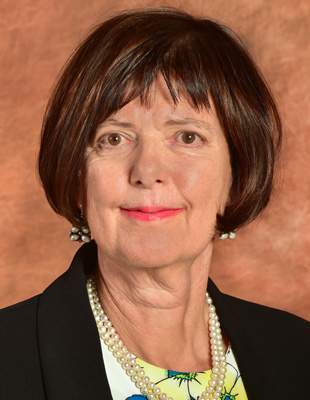 Barbara Creecy is the Minister of Forestry and Fisheries and Environmental Affairs of the Republic of South Africa from 30 May 2019.  Ms Barbara Creecy is one of the leaders of the ANC and currently serves as a member of the National Executive Committee and National Working Committee.  She is a well respected by stakeholders as a capable leader, with a good track record in public policy formulation and implementation.

Ms Creecy is one of the longest serving Members of the Provincial Legislature. She joined the legislature in 1994, and until 2004, served in different portfolios including Deputy Chief Whip as well as Chairperson of the Social Development and Education Committees. In 2004 she was appointed MEC for Sports, Recreation, Arts and Culture. After the General Elections in 2009, Ms Creecy moved to the Education portfolio. It was under her leadership that the Gauteng Department of Education pioneered a turnaround strategy to improve matric performance in 400 underperforming township schools. In April 2014, the programme was recognized by the United Nations and awarded first prize in the category “Improving Delivery of Public Services”.

Ms Creecy currently serves as the Member of the Executive Council responsible for Finance in the Gauteng Provincial Government. In her capacity as the MEC of Finance, she is responsible for Gauteng Provincial Treasury, Department of e-Government and an agency called Gauteng Infrastructure Financing Agency. Under her leadership, the Provincial Treasury implemented the Open Tender system. This innovative reform includes the public adjudication of tenders as well as an independent probity audit to ensure that procurement processes are within the prescribed regulatory framework. She also led Treasury to comprehensively support departments in improving financial management, with the result that in 2016/17 two out of three departments achieved clean audits and all other departments had unqualified audit status. These and other significant achievements have led Treasury to be recognised both provincially and nationally as one of the pioneers in financial management in the public sector, winning three awards at the 2016 Batho Pele Awards and another three at the Premier’s Service Excellence Awards in 2017.

Through Ms Creecy’s guidance, e-Gov is also making progress in modernising the public service. As a result, e-Gov’s Gauteng Broadband Network project was recently awarded 1st runner up at this year’s Public Service ICT Awards.  Ms Creecy grew up in Johannesburg. Her political career started when she joined the anti-apartheid movement and later the underground structures on the ANC whilst a student at Wits in the late 1970’s. She worked for the Civic Desk of the United Democratic Front and later joined an NGO that offered training and organisational development support to trade unions and community structures.